Children Are Citizens Family Day at the NGA

What special event could attract over 600 people, including 171 authors between the ages of 3-6, to the National Gallery of Art on a Saturday morning? Nothing other than the Children Are Citizens (CAC) Family Day Celebration and Book Launch, held on April 1, 2017!

CAC, which started with its first cohort in 2014-15, focuses on engaging young children with the nation’s capital, listening to their ideas about what’s important and special about DC, and building curricular projects around their interests. In so doing, the children develop the ability to collaborate with one another, give and receive critical feedback, understand writing and artistic processes, explore an idea deeply, and much, much more. 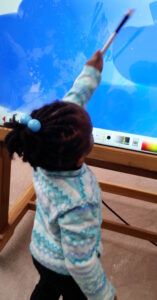 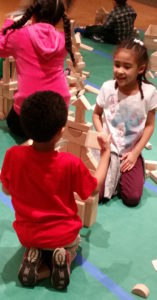 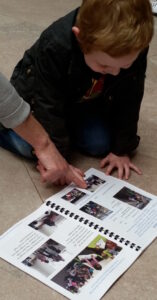 The project is aligned with DC’s Early Learning standards and has been inspired by practices in the renowned municipal preschools of Reggio Emilia, Italy, where children use the city as a laboratory, all the while researching, theorizing and creating. Project Zero researchers Mara Krechevsky and Ben Mardell–long-time collaborators with Reggio educators–lead the Children Are Citizens project in DC and have built strong relationships with the 10+ schools that have been involved since its inception in 2014.

At the Family, Day, which took place in the National Gallery’s newly renovated East Building, a book documenting the children’s learning throughout the school year was released to great excitement all around. The children, their families and teachers, and the special guests in attendance were able to engage in interactive explorations throughout the building and see extensive documentation of student learning put together by the teachers in the project. There was a book cover coloring area (the covers were intentionally left blank for this purpose). The NGA’s new app called Brushter was available for children to make designs digitally. The Education Studio was transformed into a building zone in which the children could build their own city, as well as into a story time corner where they could read stories from books shared by the DC Public Library.

The PD Collaborative is proud to serve as the manager of this project.