In October 2016, Washington International School and the National Gallery of Art co-hosted the Project Zero Perspectives Conference. This was the second time WIS and the NGA has welcomed Project Zero to DC, having been the co-hosts of the first-ever Project Zero conference off the Harvard University campus, in November 2010.

Project Zero is a research group at the Harvard Graduate School of Education; it was founded exactly 50 years ago by philosopher and Harvard professor Nelson Goodman. Two of his research assistants and co-founders, Howard Gardner and David Perkins, took over the helm of PZ when Goodman retired and are still actively involved in leading the organization. Both Gardner and Perkins spoke at the DC conference, in 2010 and in 2016.

WIS and the NGA have had a long-standing relationship with PZ. A number of WIS teachers and NGA educators serve on the faculty of the Project Zero Classroom summer institute and WISSIT, and were well represented in the list of presenters for the PZ Perspectives conference.

The conference, titled “Learning Together, Leading Together,” started with a pre-conference day on Thursday, October 6, focused on visits to four schools that are using PZ ideas and pedagogical tools in powerful ways: Sacred Heart School, School Within School at Goding (DCPS), Washington International School and Washington Yu Ying Public Charter School. The 100 participants in attendance learned about the work of the Collaborative and the region-wide impact of Project Zero ideas. They then visited one of the school sites and saw classrooms in action and learned about the way PZ ideas were resonating within the faculty.

On Friday, October 7, the full conference, with 500 participants from all over the country and world, began at the newly-renovated National Gallery of Art East Building. Shari Tishman, former director of Project Zero and a research specialist in ways to use visual art to unlock thinking, opened the conference with a plenary session talk on museums as learning spaces. Participants then set off to eight different locations, six museums plus the U.S. Botanic Garden and the Library of Congress, to engage in interactive courses. The day ended back at the NGA with a performance of A Perfect Balance, a one-person show inspired by the life and art of Alexander Calder. The play was written and directed by renowned playwright Mary Hall Surface and acted by local artist Kevin Reese.

On Saturday and Sunday, October 8-9, the conference was held on Washington International School’s Tregaron campus in Cleveland Park. Gardner, Perkins and PZ researcher Veronica Boix Mansilla all delivered plenary session talks over the two days, followed by interactive sessions led by either PZ researchers or practitioners, many of whom teach in local schools. Special features of the weekend at WIS included musical performances by WIS students; an interactive art installation, Weigh Your Words, by local artist Jessica Beels; and an exhibition of local educators’ documentation of teacher and student learning.

PD Collaborative Director Jim Reese has served as the Education Chair of Project Zero Perspectives Conferences since their inception in 2010. 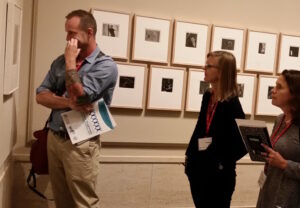 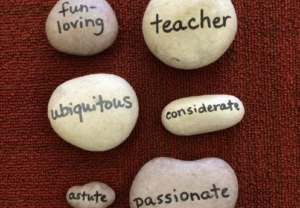 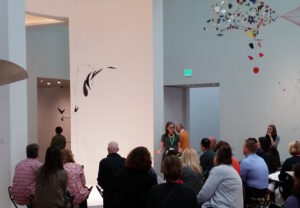 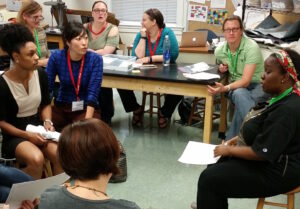 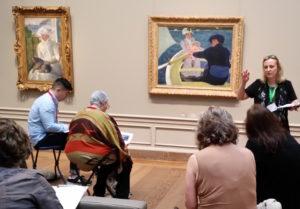